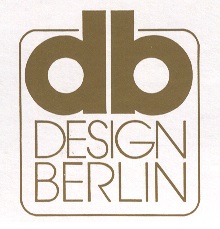 After the Second World War Hubert Hartmann began repairing pipes to make a living, although he had always wanted to create pipes. In 1948 he got closer to achieving his dream and applied for permission from the allies to open a factory. After a short while he was given permission and Pfeifenstudio Hartmann opened its doors, the first pipe factory to open in post war Germany.

Initally the factory concentrated on cheap, nylon stemmed pipes and slowly built up the experienced staff needed to move into higher quality market.It all changed in 1954 when Lothar Schirwitz joined the company, who brought a love for more modern Danish & Italian styles. By the 1960’s Lothar had become the factory head and took over the designing of what would become Design Berlin’s pipes in 1975.

To this Design Berlin is one of Germanys most prestigious pipe makers, with each pipe with the factory’s distinct look and feel.

At GQ Tobaccos we have an extensive range of tobacco pipes, rolling tobacco, pipe tobacco and smoking accessories, get in touch with GQ Tobaccos, for more information or to place and order.