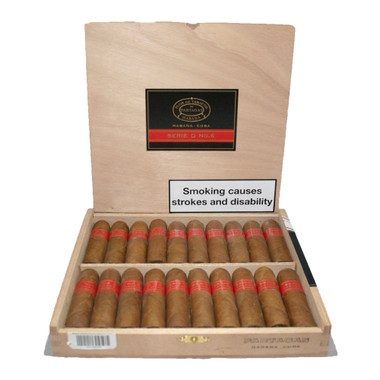 The Partagas Serie D No4 is one of the most iconic Robusto cigars in production and has been a staple for many Habanos enthusiasts since the 1980’s. With changes in trends and the introduction of smoking bans around the world has seen cigar manufactures release smaller cigars. The Serie D No5 was first released as a limited edition in 2008 and then eventually came out as a regular stock line. So when we heard news of the D6 coming out at the end of 2014, it stumped us slightly.

Measuring in at only 3 ½”  long but maintaining the classic 50 gauge found throughout the Serie D Range. Like the other Serie cigars, this small and compact Robusto is packed full of the earthy and spicy flavours you would. If you are looking for a small but powerful smoke to enjoy after a meal, this is ideal for you