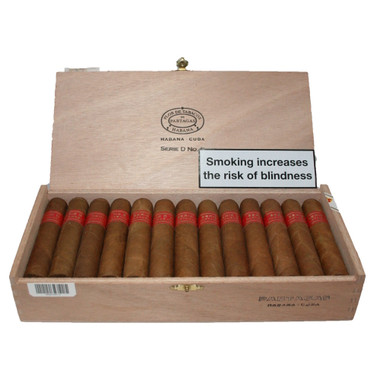 This Petit Robusto from Partagas is exactly what you would expect. All the rich and potent flavours found in the Serie D No4 and others in the range. Lots of dirt, woods, leather and dash of spice has seen this blend become the most popular in all of the Partagas collection. A stunning cigar enjoyed7 by aficionados all over the world

Since the introduction of the Edicion Limitada  in 2001, many of the old formats have come back, albeit as a limited edition. 2008 saw the release of the “D5” Edicion Limitada, a new addition to the series and a small, petit robusto format. The cigar was such a hit, that in 2011 Habanos SA released the Serie Do No5 as a permanent addition to the Partagaas collection