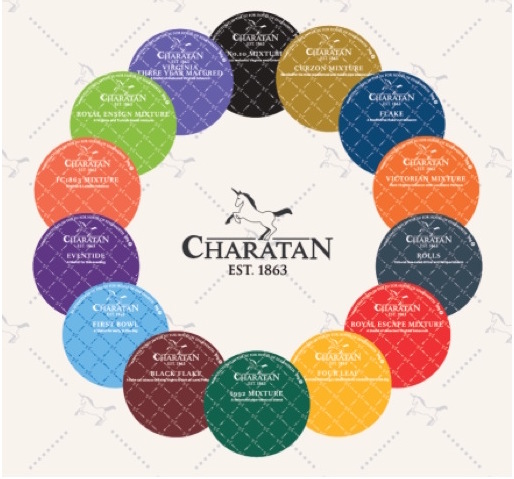 In 1863 Frederick Charatan, opened a shop in Mansell Street, London where he began to carve Meerschaum pipes. These got very popular very quickly and Charatan moved to a bigger workshop in Prescott street. Here he began to make the briar pipes that made the name Charatan World famous. on the retirement of his father in 1910 Reuben Charatan took over the family business and the business was wholly owned by the Charatan family until 1960.

During the noughties, Dunhill tobacco of London, through the House of Edgeworth introduced a range of Charatan cigars, manufactured exclusively for the UK cigar smoker. However British American Tobacco (Dunhill Tobacco of London) made the decision in December 2016 to withdraw from the hand made cigar and pipe tobacco market in 2017.

So to combat this announcement Tor Imports made a successful approach to purchase the Charatan brand from Dunhill Tobacco of London allowing them to keep the brand alive.

Tor started work to launch a Charatan Pipe Tobacco with their Global pipe tobacco manufacturer in 2017 to create and test replica blends with the pipe clubs around Europe and the UK with a view to introducing a brand new range of Pipe tobaccos on exhaustion of the current stock of the Dunhill range. It took months before they were happy that they had achieved the blends to be as close a possible.

For more information take a look at our complete range of tobacco pipes, rolling tobacco, pipe tobacco and smoking accessories, get in touch with GQ Tobaccos.