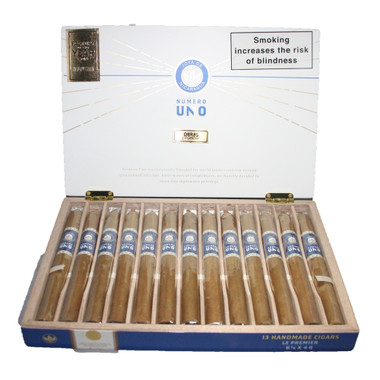 Joya De Nicaragua are adding a new vital to their Numero Uno line called Le Premier. The Le Premier is a 6 7/8 x 48 Churchill and only limited numbers are produced at the factory in Esteli. " We would love to produce more Numero Unos, but we have limited output in the factory. Each Vitola is crafted just by one couple of roller and bencher, the ones that have the skills to deliver such delicately balanced perfection. Then you have the fact we are very picky when it comes to selecting the best tobacco leaves that will go in this cigar" explains Mario Perz, head of Fabrica Joya De Nicaragua.

Número Uno was originally blended for world leaders, they were only handed out by Nicaraguan ambassadors on official missions around the world. In 2018, to commemorate their 50th Anniversary, Joya gifted some to media and special audiences and got their highest rating in 50 years! They are now officially releasing it as part of Obras Maestras, the designation of their ultra-premium family of cigars.

This ‘masterpiece’ cigar provides medium body and strength, in a smoke that is refined, complex and elegant. Creaminess is complemented with light pepper notes, making it a top-ranked, exclusive, diplomat lifestyle experience. Literally