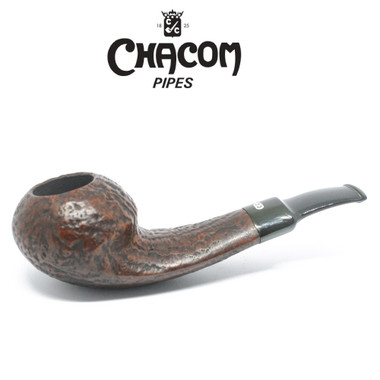 Over the years Chacom has worked with some of the world’s finest artisan carvers, to produce more unique and interesting designs. The Oscar shape came about through a collaboration with Tom Eltang and Chacom. The resulting pipe has a flowing Danish feel, which balances perfectly on a flat surface. Finished in part sandblasted with a semi matte black stain and smooth in matte brown. The slight curved saddle bit, is hand shaped and finishes the pipe beautifully. The black acrylic bit is fitted with one of Chacoms own stingers, which allows plenty of smoke to pass through the stem and help condense any smoke, resulting in a cooler smoke. Supplied in a green leather box.