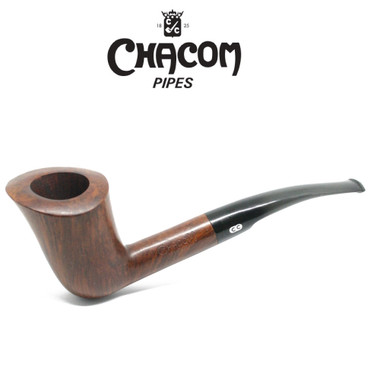 The Grand Cru range of pipes from Chacom are a cut above standard Chacoms, this is one of their premium ranges and is made from a tiny percentage of highly exceptional pieces of briar. The Grand Cru range is created by Pierre Morel , he started to make these completely hand made pipes independently for Chacom in 1978, he then joined the Chacom team full time in 1987, he retired from Chacom in 2009 but still creates the Grand Cru range.

Hand selected by ourselves after a visit to the Chacom factory earlier in the year, these beautiful one off Chacoms.

After the “Great War” the St Claude factory is renamed is “CHAPUIS COMOY & Cie”. Following the death of Henri in 1924, the company (London & St Claude factories) is taken over by Paul & Adrian Comoy with help from Emile & Louis Chapius. By 1928 the London Chacom factory had begun completely making pipes in London and the supplies from St Claude were no longer required. Rather than closing the original factory the company was renamed Comoy (a combination of both names) in 1928. Shapes, ranges and grading remained the same between the two factories and Chacom was only sold in France, Switzerland and Belguim.