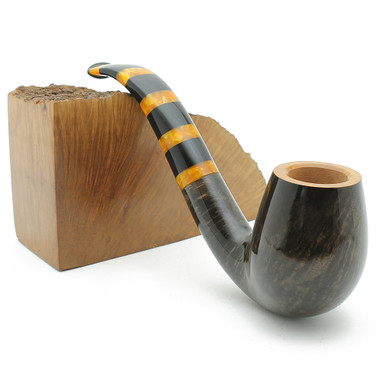 The 851 is a classic bent billiard, with long and swooping stem. The Chacom Maya range makes use striped, acrylic stems. Bands of solid black and pearlescent orange draw the attention to the pipes, while the bowl carries on the same colourings. A smoky grey stain is used on the bowl, while the rim is given a golden stain. The stem makes use of the 9mm filter but also supplied with a reducer to allow the pipe to be used with or without.