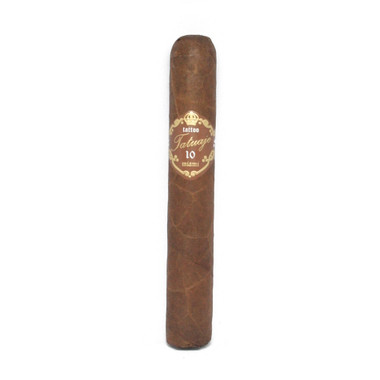 These cigars are handcrafted with 1st generation Nicaraguan Cuban seed tobaccos cured to perfection and finished with a zesty Ecuadorian Habano wrapper with a beautiful Cuban style triple cap. These medium to full bodied cigars have notes of black coffee and dark chocolate with hints of walnut and raisins.

The 10th Anniversary cigars come packaged in gold foil in a varnished cabinet box, unlike the regular production cigars which are in unvarnished boxes and the cigars feature a new, updated 10th Anniversary band. The Bon Chasseur Robusto also features a shaggy foot.