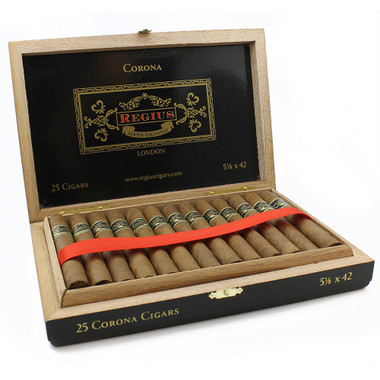 The Regius corona is one of the milder in the black label series. Unlike the Robusto which has a rich and earthy taste, the more slender Corona has a milder and a creamer side. Rolled from 100% Nicaraguan tobaccos, which have been carefully selected and aged to give a taste which appeals to UK smokers pallets. The cigar starts off with a soft and sweet flavour, with hints of nuts and coffee. This grows throughout the smoke, ending with a thick and luxurious finish of woods, coffee and a dash of honey.