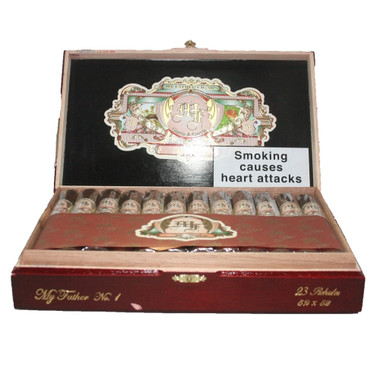 It all began from a very humble beginning when Jose Pepin Garcia and his family established a very small cigar factory in Little Havana in 2003. Jose Pepin Garcia could not have imagined at that moment that his love and passion for cigars would help him build one of the most recognised companies in the cigar industry. His companies have become synonymous with highly rated and well-distinguished brands.

It all started in 1950 when Jose Pepin Garcia was born in Cuba. Just a few years later, barely 11 years old he sat for the first time at a rolling table to roll his first cigar. "It is about a lifelong passion! It is not just about a cigar; it is a dream - the Garcia's dream!" says Jose Pepin Garcia. The Garcia family follows tradition they lived and learnt in Cuba and proudly own two factories, the headquarters in Doral, which is a boutique factory with a team of twelve expert cigar rollers trained by Don Pepin himself. The other is the Garcia Family Industrial Park in Esteli, Nicaragua which opened in August 2009 with more than three hundred cigar rollers. A seven-acre complex with an installed production process which enables the tobacco to be harvested, packaged and shipped across the world.

The Garcia family blends are uncompromisingly robust and aromatic, recognised for their distinct combination of strength, richness and spicy aroma along with a heavy finish. The construction is a very meticulous handcrafted cigar with a beautiful wrapper and a traditional triple-cap finish. Pepin's traditions, heart and soul go into every cigar he makes. The strict execution of time tested Cuban cigar making methods ensure that every cigar they make provides the best possible smoking experience. It is no surprise that My Father Cigars were awarded No1 Best Cigar of the Year for 2012 for the Flor De Las Antillas Toro and once again in 2015 with Le Bijou 1922 Torpedo Box Pressed.