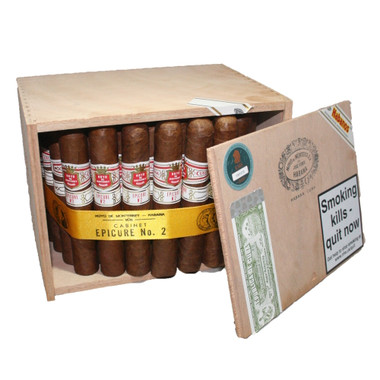 The Hoyo de Monterrey Epicure Number 2 is a good sized mild cigar, a great smoke for someone who is relatively new to cigars but still wants to taste premium Cuban quality. Alternatively this is a cigar of choice for many experienced smokers who enjoy a lighter smoke for either the mornings or to be paired with delicate flavours.