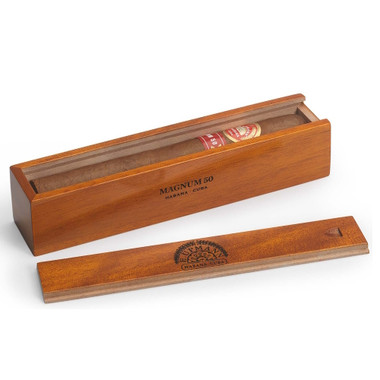 Originally released as a Limited Edition cigar in 2005, the H Upmann Magnum 50 measures at 6 1/4" x 50 ring gauge and was introduced to the standard portfolio in 2008. It is presented here in a stylish slide lid single wooden box.