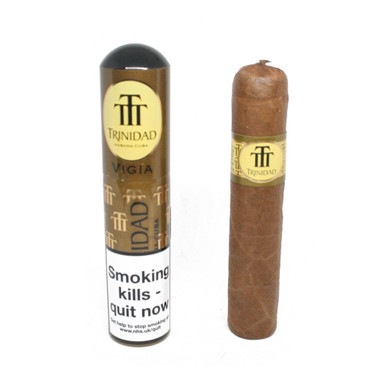 This fragrant and approachable cigar is a unique size within the Habanos portfolio and the news addition to the Trinidad range, having been introduced in 2014.