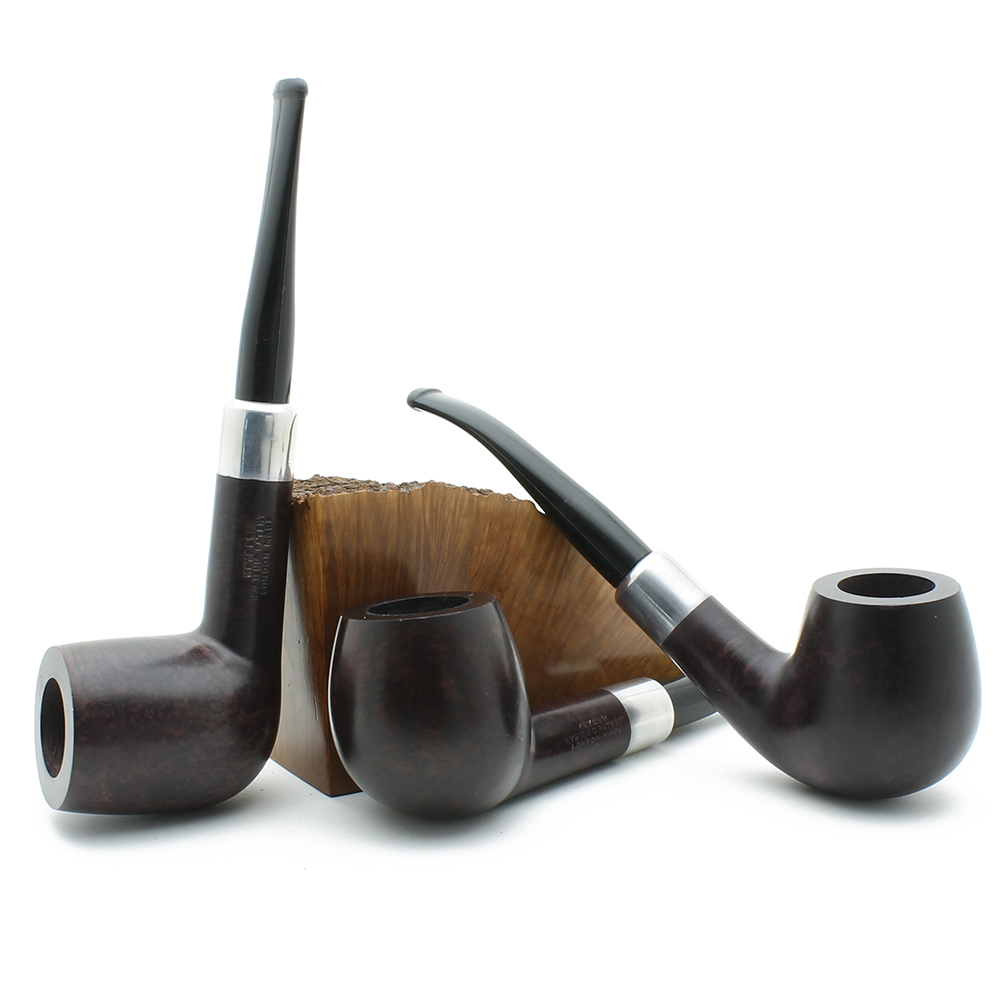 GQ Tobaccos has started stocking the Keyser "Hygienic Pipe". This early dry smoking system makes use a aluminium condensing chambers and moisture traps to produce a dry and smooth smoke. Designed and produced in the UK, the Keyser tobacco pipes are almost exclusively smoked in South Africa. Very little has changed with the Keyser design over the years, with only the stem material changing from DURAVULK (a form of Vulcanite) to Nylon.

The patent for the Keyser system was first granted in 1947 to Albert & Peter Keyser. Their scientific approach to design resulted in a highly successful system for producing a dry and cool smoke. ( patent information)

About the Keyser Hygienic Pipes

Here Is the complete answer to wet smoking. Nose the design of the patent stem.

This prevents poisonous matter being drawn into the mouth. But there are no filters, gadgets. loose at screw-in parts to be replaced and so far as cleaning is concerned it differs very little from an ordinary pipe.

No 2 Condensing chamber in mouthpiece.

No 3 Tube with side opening inside No 2.

No 4 Protruding tube inside No. 1.

THE CARE OF THE PIPE

The following suggestions will enable the owner of a KEYSER HYGIENIC PIPE to obtain the beet results. In the early stages it is advisable to only half fill the bowl and smoke slowly. Increasing the amount of the charge after the first few pipe full. Never refill on top of a half- smoked charge. Always allow the bowl to cool before refilling. As a wet heel does not form in the bowl of a KEYSER HYGIENIC PIPE it is recommended that each charge is smoked right to the bottom. Allowing the bowl to carbon evenly and preventing waste of tobacco. It is inadvisable to allow carton to become more than 1/8" in thickness, as expansion of carbon when hot may result in cracking the bowl When the carbon lining becomes too thick, reduce it, but do not remove it entirely. leave a carbon lining of about 1/16”

The trap of the Keyser Hygienic Pipe should be emptied frequently, hold the pipe in a vertical position, remove vulcanite* and pour out the moisture. The pipe should be cleaned regularly with ordinary pipe cleaners and the vulcanite* only should be rinsed occasionally with a non-inflammable cleaning fluid and dried of with a pipe cleaner, on no account should water or steam be used. The practice used by our forefathers of vesting their clay pipes with alcohol and other liquids should not, on any account be used on a briar pipe as It has a serious detrimental effect upon the smoking qualities and life of briar and may result in cracking the howl

The KEYSER HYGIENIC PIPE is designed to prevent moisture, tobacco and ash being drawn into the mouth and to prevent, also, moisture entering the bowl and a wet wad of tobacco forming which is always wasted. It is due to the patent stem fitted exclusively to the KEYSER HYGIENIC PIPE— that the whole of the tobacco can be smoked, thereby preventing waste and showing a considerable saving. The absence of moisture permits the bowl to carbon right to the bottom, ensuring a sweet, clean, wholesome smoke, free from the moisture with which pipe smoking is usually accompanied

When we say that the Keyser Pipe is Hygienic and Scientifically designed. it is no idle statement, and what We say it is the finest quality obtainable, it is merely a statement of fact. Available in walnut and sandblast finishes. Another important feature is that the mouthpieces are interchangeable. This is the first time this has ever been achieved with any pipe and means that a new mouthpiece can be purchased over the counter, this preventing the necessity of sending a pipe away for a new mouthpiece to be fitted. Each mouthpieces is made of DURAVULK*

*now supplied with nylon stems, above information taken from early promotional material. All other information correct with modern editions.