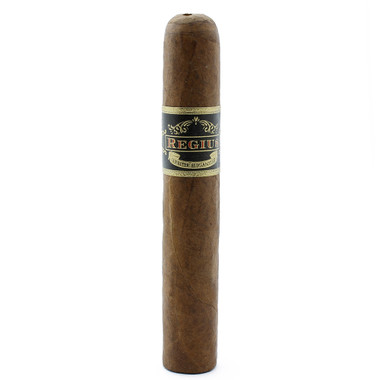 The Regius Robusto represents the richest taste in the Regius collection. This classic sized Robusto weighs in at 4 7/8” long with a 50 ring gauge and is filled with delicious Nicaraguan tobacco. The tobacco is carefully aged and blended for a robust flavour. Unlike cheaper New World Cigars, Regius ensure every leaf is aged correctly to give a balanced and rounded taste.