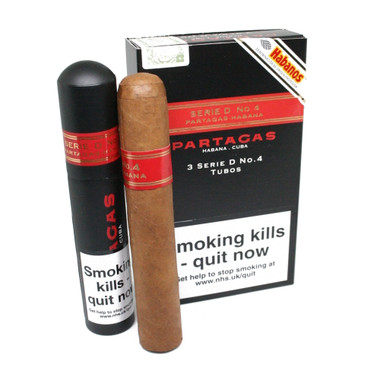 The Partagas Serie D No4 is one of the most popular Robusto sized cigars produced in Havana. The Serie range was introduced in the 1980s and introduced a slight change from the classic Partagas cigars. Initially the range consisted of A, B, C & D, each having a different ring gauge (thickness) and coming in various lengths (dictated by the number in the name). Many of these have been discontinued over the years, leaving the D4 on its for a while. Luckily Habanos SA have since reintroduced more cigars in the Serie range (D5, D6, E2 & P2).