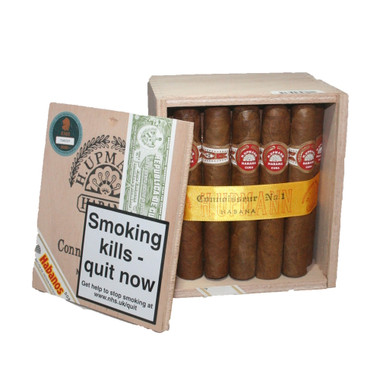 Virtually a robusto, but slightly thinner and longer, this cigar merits the title connoisseur for its delicate and light flavour, great balance and elegant aroma. Once presented without a band, now it sports Upmanns distinctive red and gold colours.