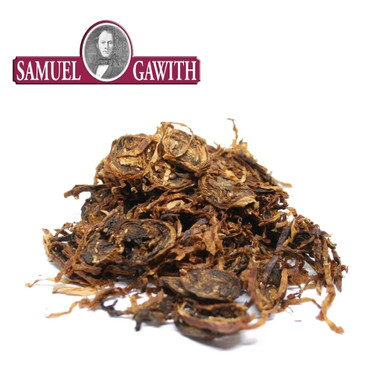 For years we have been asking both Gawith Hoggarth and Samuel Gawith if they can make up a twist (sliced or on the roll) like this. So when we first saw Cabbies Mix at the Dortmund show in 2015, we did a little dance of joy and then when we tried it, we ran round like kids on Christmas morning.

Cabbies Mixture is a Virginia and Perique twist, which is hand rolled and hand sliced. As you would expect from Samuel Gawith the tobacco is of the highest quality and this can be seen, smelt and felt in the tin. Of course it’s the smoking which counts and Cabbies certainly ticks all of our boxes. A sweet and natural Virginia taste takes centre seat when lit, with the pepper and spice of the Perqiue working its way in. An easy smoke, which packs enough Nicotine for most smokers, while not being over powering.